As we move through 2018, there are lots of new things coming out.Well, that happens every year but this year marks the release of the Samsung Galaxy S9 smartphone.some experts are calling it the greatest Samsung smartphone ever but could it lead them to overtake the Apple? to find out that let’s get right into Top 9 Samsung Galaxy S9 Features You Need To Know …

smartphone users have seen big improvements in smartphone technology but a drop in how much battery power there is.The S9 seems to last a bit longer than the
Samsung Galaxy S8 from what we can see.Its powered by a 3,000 mph battery cell and just like the S8, Samsung Galaxy S9 will feature wireless charging technology.

Samsung pride themselves on having the best smartphone camera in the business and the Samsung Galaxy S9’s new camera is now different.They say the phone will help re-imagine the camera.It will feature a single lens with variable aperture and a 12-megapixel rear sensor with image stabilization.If it’s dark, the lens opens to F1.5 mode to pull in light for a bright and clear photo.In the daylight, the lens shifts to F2.4 mode to help your picture come out sharp.Samsung Galaxy S9’s new camera also features super slow-mo at massive 960 fps which is just insane for a smartphone camera.Samsung Galaxy S9 has an 8-megapixel front shooter for selfies. 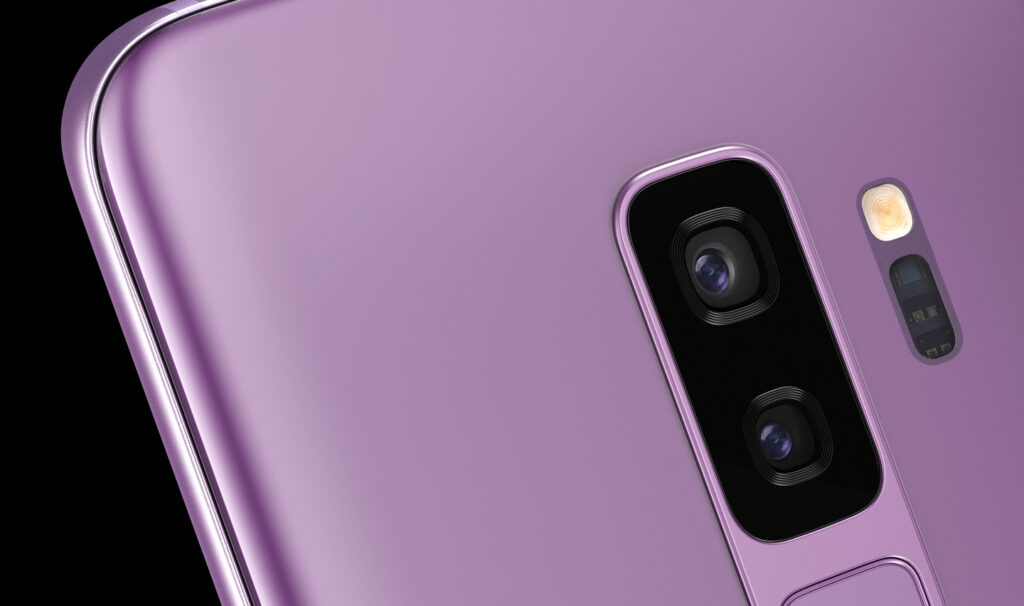 New software on the S9 will store a tenth of
a second images you take with the phone which can be automatically turned into gifs to use in social media and messaging.Users can also create 3D emojis of themselves just take a picture of your face and then strike real-life poses to make custom emojis using the augmented-reality software.That’s right – this is the future.

Storage is a very important thing for a lot of smartphone users these days.nobody expects that they have to delete their pictures, videos or apps just to make room.Both models of the S9 will come with 64 GB of space.that’s a lot less than the iPhone 10 which boasts a maximum storage of 256GB,4 times as much.A lot of people think 64GB is more than enough though.what do you guys think?also, it’s not quite as it seems as they are offering 256GB SD card.

Its one of the most important parts of any smartphone.It’s not that much of an improvement over the Samsung Galaxy S8 but that still means its very good.The specs include a 5.8-inch QHD+ Super AMOLED display with a resolution of 1440 X 2960 pixels.That works out to an impressive 567 pixels per inch.The screen ratio remains at 18.5 to 9 although the bezels at the top and bottom have been cut down to give the same screen on a smaller body.

The phone will come in a choice of 3 colors – Midnight Black, Orchid Gray, and Arctic Silver.not really much more to say about this one those are the colors on offer.Which would you guys like?I think id prefer the sleek midnight black model.Silver looks kinda nice too …

Samsung users will already be familiar with the Bixby assistant but the Samsung Galaxy S9 is said to bring huge improvements to the old version. Bixby vision will allow the user to wave their camera in front of real-world objects to learn more about them.For example, it can translate languages in real time on the screen – kind of like Google translate.Point the camera at a building to be given your exact location and address instantly or even point it at your food to get an estimate of how many calories are in that meal.It even lets you apply virtual makeup to a selfie using the front facing camera to try before you buy.

Its all getting very clever.this whole smartphone stuff.What are your thoughts on the new Samsung Galaxy S9?Will you be buying it? OR Are you an Apple fan who has been tempted over by the new features and the lower price tag than the iPhone X?Let me hear your thoughts.

In this article:Galaxy S9 Plus, Samsung Galaxy S9