Who is Bowsette and why it's so Popular on the internet? 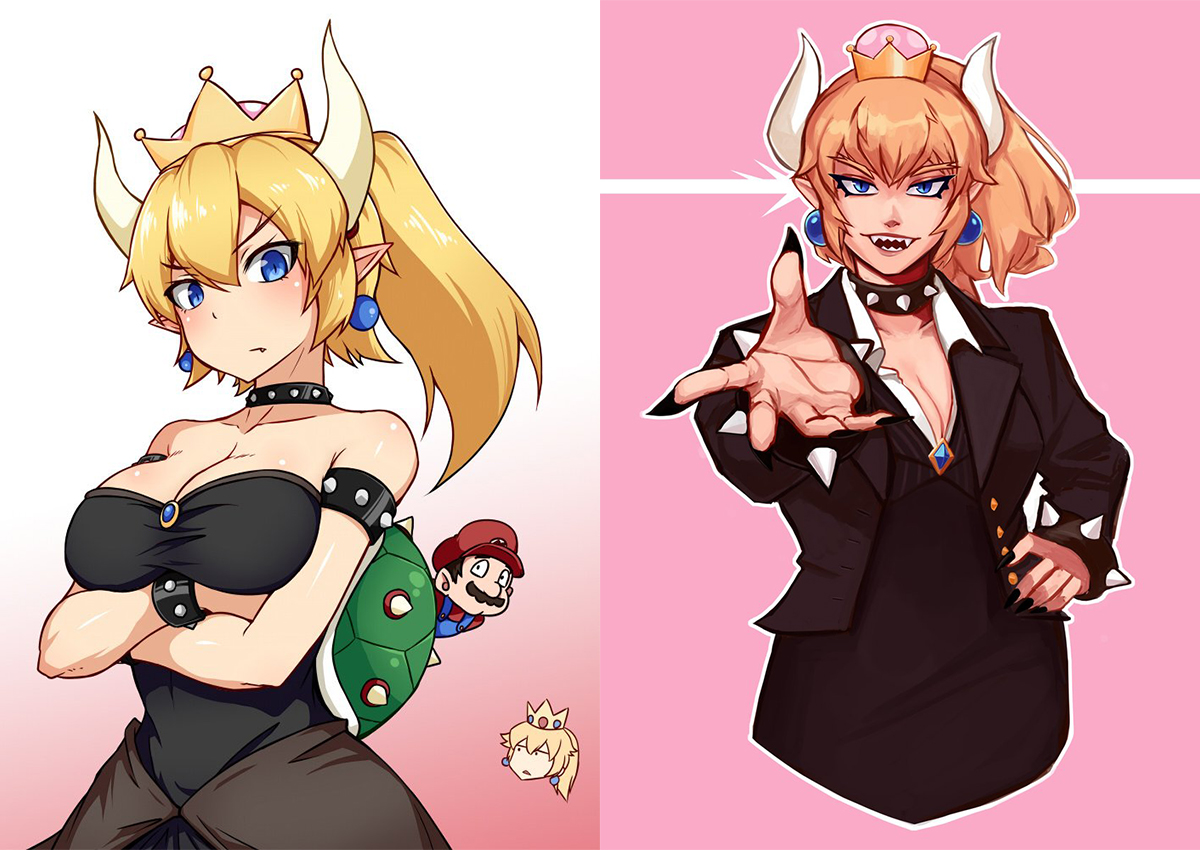 by this time you might have already seen a bunch of Memes and fan art of this female character Bowsette. More and more fan art of Bowsette coming out as she becomes the current trend on every social media. People are sharing their version of Bowsette and memes every minute. So how long is this trend going to continue and is a Bowsette official character or just some fanmade art?so here is how Bowsette got so popular on the internet.

so all this started on a Thursday on September 13th, 2018 when Nintendo innocently revealed the announcement trailer for the new Super Mario Bros u deluxe game for the Nintendo switch.

as you can see in the trailer, they showcased some gameplay involving the rising star toadette she has definitely already fulfilled her destiny as a rising star long before the game even came out. they showed off gameplay of toadette doing her thing and then suddenly they revealed a new powerup that toadette can obtain by using a mushroom crown(as you can see in trailer at 0:25).

so now we have two Princess Peach this brought up a lot of questions. does toadette get to choose who she becomes after taking this mushroom crown?is Princess Peach toadette’s next evolution Pokemon style?is toadette secretly jealous of Princess Peach is that why she chose her ?does this crown let anyone else turn into their own version of royalty or does it turn everyone into the peach? nobody knows it yet.

Twitter user(@ayyk92 ‏)taking the mushroom crown concept and making his masterpiece and the first known drawing of what is later known to be Bowsette.

it is solely responsible for the now endless new artworks of Bowser and it doesn’t stop there because people are already taking the mushroom crown idea by applying it to all sorts of different characters not just in Mario but in pretty much everything they can put it in.so if you were hoping this meme was gonna be a one and done thing unfortunately that’s not happening any sooner.

it seems like some people are kind of upset over what Bowsette should really look like? some people are saying Bowsette wouldn’t be so skinny. transformed and instead should adopt a more muscled & Beezley form rather than the stereotypical princess body type

the only question left is what happens when Princess Peach uses a crown mushroom? now obviously with Bowsette not being official, many people are probably wondering is Bowsette going to be official now that it has gained this much popularity in such a short period of time. rarely this fan art ever become official and with a company like Nintendo that is ever so oblivious to what fans want sometimes.we’re probably never gonna see Bowsette in this form. but that doesn’t mean we won’t get some. now that they know there is such a huge demand for female bowser maybe we might see Nintendo approved a different form of Bowsette.

so many questions and probably most of them will remain unanswered but the game is coming out on January 11th, 2019 so it’s not that far away and we’ll probably get more information about peachette pretty soon.

what do you guys think of Bowsette and do you think Nintendo should make Bowsette official?let us know in comments down below